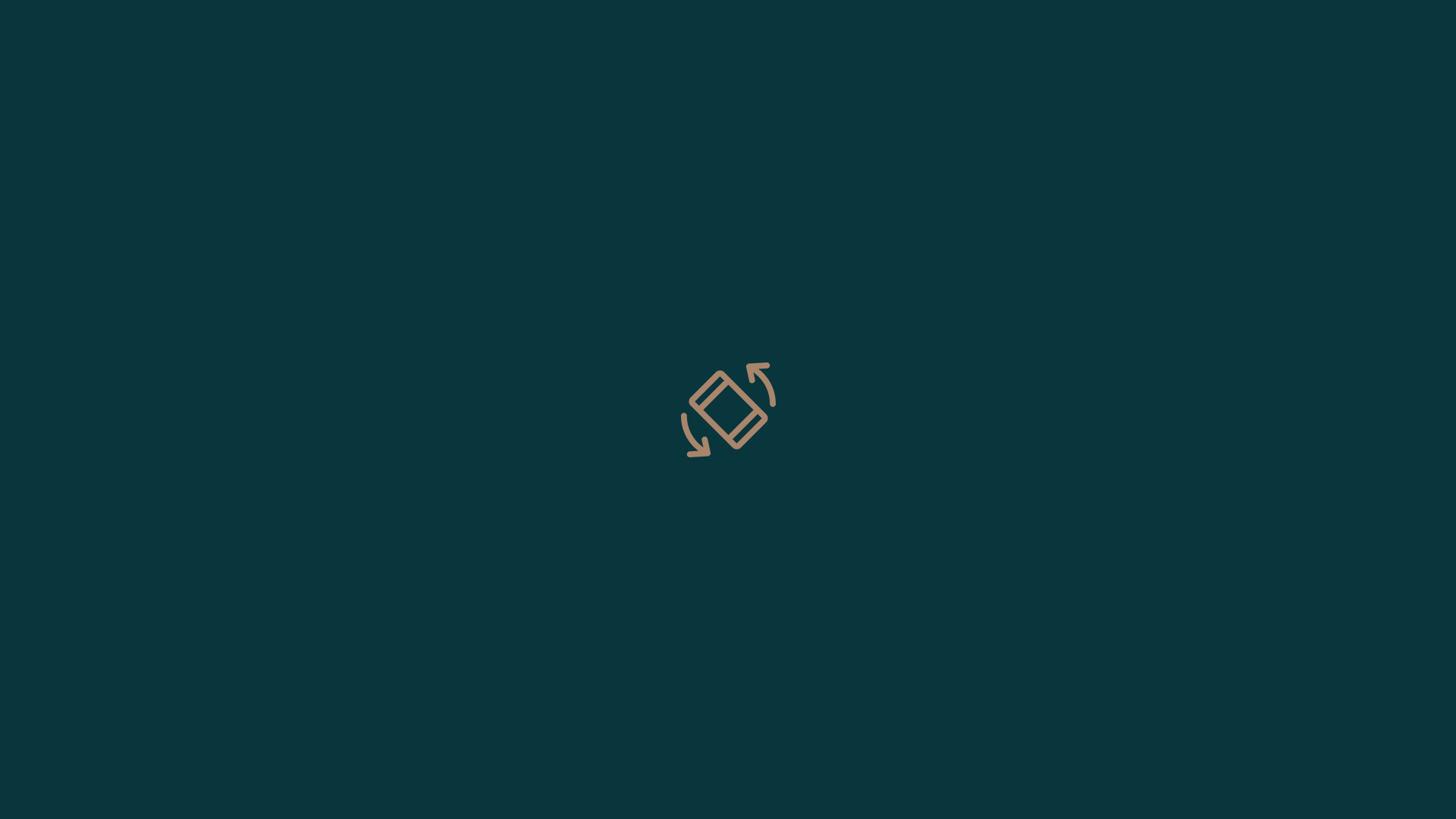 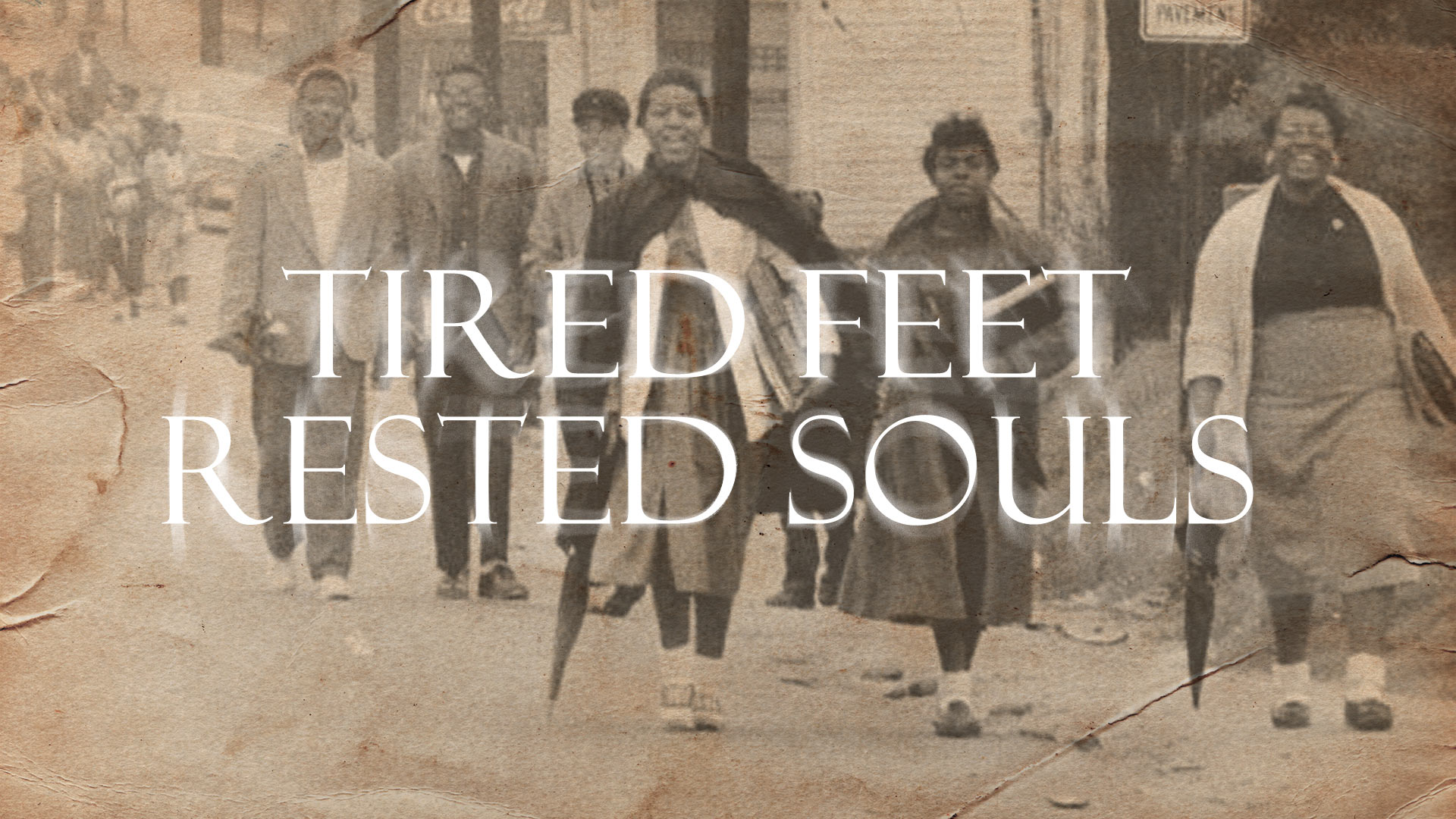 Today, we begin a new sermon series, “Tired Feet, Rested Souls” inspired by MLK’s “Letter from the Birmingham City Jail.” Over the next six weeks, I will bring themes from the letter into conversation with the weekly scripture. There is much to explore and to learn together. It feels like a movement of Spirit that this series should begin on this Sunday following the events of this past week. It is to Spirit I turn now as we pray together…

“In the midst of a mighty struggle to rid our nation of racial and economic injustice, I have heard so many ministers say, ‘Those are social issues which the gospel has nothing to do with,’ and I have watched so many churches commit themselves to a completely otherworldly religion which made a strange distinction between bodies and souls, the sacred and the secular.”

These words of the Rev. Dr. Martin Luther King, Jr. were written in his “Letter from the Birmingham City Jail,” an open letter in response to eight white religious leaders who publicly critiqued the peaceful protests against racial segregation and violence in Birmingham in 1963.

It is a common thing in the churches I’ve served—even in Foundry, believe it or not—to hear people say they don’t want politics in church—let’s not grapple with “social issues which the gospel has nothing to do with.” My question is simply, what social issue does the gospel have nothing to do with? As Dr. King notes, it is “strange” for Christians to make a “distinction between bodies and souls, the sacred and the secular.” It’s strange because the God of the Bible doesn’t make these distinctions and most certainly cares about social issues. God cares about “politics,” that is, about the way we live in community, seek to order our common life, and care for the common good. Moses was political. Esther was political. Isaiah and every prophet was political. Jesus was political. All of these engaged and challenged the rulers and powers of the day for the sake of justice and righteousness and care for the suffering and oppressed and, ultimately, for the good of everyone. I have spent significant time in my life articulating a biblical, theological, and practical vision for the inherent connection between our Christian faith and politics. Sacred Resistance is one evidence of that.

Today, I will simply point out that what we have seen on display this week in our city is not an expression of healthy tension between different political points of view. It is not an outcry against systemic violence and oppression for the sake of any justice or righteousness defensible in holy writ. It is a deep perversion of the connection between Christian faith and politics.

The insurrection we witnessed was ignited by intentional lies and manipulation, aided and abetted by cynical and self-serving politicians. But the thing that particularly pierced my soul as it always does is that this horrifying display is fueled by a white, Christian nationalism  not only willing but happy to have “Jesus Saves” signs and crosses paraded alongside the Confederate flag. Before and during the protest, violence was signaled in all the old, familiar, racist ways. In case anyone missed the more subtle signals, a noose was erected near the Capitol.  “Religious liberty” another perversion of an otherwise lofty term and ideal gets used in such contexts to defend selfishness, exclusion, violence, injustice, and outright bigotry. As writer and researcher Robert P. Jones wrote, “This seditious mob was motivated not just by loyalty to Trump, but by an unholy amalgamation of white supremacy and Christianity that has plagued our nation since its inception and is still with us today.”  As Jones indicates, this week’s events have been centuries in the making. In recent years, prominent white pastors in our country have spoken of our soon-to-be-former president as a savior, an idol in the old Roman Imperial mold—a sent-from-God ruler who would shut down the liberal aggressors  who have the audacity to insist that Black lives matter and that naming and seeking to eradicate injustice and inequity is not a failure of American patriotism but its true call. //

On this day when we tell the story of Jesus’ Baptism, we’re reminded that Jesus is the one sent from God. Jesus is God’s child, the Beloved. Jesus models for us how to use our freedom. He clearly had power, charisma, wisdom and chose not to throw his weight around and lord over others, but rather to humble himself, to enter into the same waters of Baptism that we share, to face the wilderness and its many temptations, to journey in community and solidarity with all in need, to welcome and raise to leadership those whom others rejected or ignored, to insist upon both personal spiritual devotion and social justice, to care for both souls and bodies, and to persevere even unto death for the sake of love. Jesus reveals for us the perfected image of God in human form. Remember that in the beginning we are told that all humans are created in God’s image—all of us!—in all our various gender identities, skin colors, nationalities, religions, and abilities.

Jesus shows us what we’re capable of. In our Baptism we are incorporated into God’s mighty acts of salvation, given the freedom and power to resist evil, injustice, and oppression, and called to serve Jesus Christ and the Way of the Kin-dom which is love made manifest through justice, equity, mercy, compassion, and generosity.

One word from our Baptism liturgy I don’t want us to miss today: power. We are given freedom and power by God. To do what? To abuse our privilege? To hoard our resources? To put others at risk for our comfort? To bully and belittle people? To become champions at resentment and cynicism? To be cruel and inhuman? To hide behind wealth or whiteness (to say—“none of this really has anything to do with me!”)? Some people use their freedom and power in that way. But God gives us freedom and power to follow Jesus and to emerge from the waters of God’s mercy and love ready to do what it takes to participate in God’s liberating and saving work of Kin-dom building.

Rev. Dr. King wrote, “There was a time when the church was very powerful. It was during that period that the early Christians rejoiced when they were deemed worthy to suffer for what they believed. In those days the church was not merely a thermometer that recorded the ideas and principles of popular opinion; it was the thermostat that transformed the mores of society.”

King wrote these words as he sat in jail in Birmingham, Alabama in 1963, a city he described as being completely “engulfed” in racial injustice, “thoroughly segregated,” and with a widely known “record of brutality.”

He’d gone to Birmingham to participate in the campaign to dismantle the city’s segregation system by putting pressure on Birmingham’s merchants during the Easter season, the second biggest shopping season of the year…On April 3, 1963, it was launched with mass meetings, lunch counter sit-ins, a march on city hall, and a boycott of downtown merchants. … the campaign’s actions expanded to kneel-ins at churches, sit-ins at the library, and a march on the county courthouse to register voters.

On April 10, the city government obtained a state court injunction against the protests. Two days later, on Good Friday, King was arrested for violating the anti-protest injunction and was placed in solitary confinement. From there he wrote “Letter from Birmingham Jail” and was released on bail on April 20.

On May 2, 1963, more than one thousand African American students attempted to march into downtown Birmingham where hundreds were arrested. The following day, Public Safety Commissioner Eugene “Bull” Connor directed local police and fire departments to use force to halt the demonstrations. The next few days’ images of children being blasted by high-pressure fire hoses, clubbed by police officers, and attacked by dogs appeared on television and in newspapers, sparking international outrage.

After mediated negotiation between the business leaders and leaders of the campaign, on May 10th, King and Rev Fred Shuttlesworth announced an agreement with the city of Birmingham to desegregate lunch counters, restrooms, drinking fountains, and department store fitting rooms within ninety days, to hire blacks in stores as salesmen and clerks, and to release hundreds of jail protesters on bond.

Their victory, however, was met by a string of violence, culminating four months later on September 15, when Ku Klux Klan (KKK) members bombed Birmingham’s Sixteenth Street Baptist Church which had been the staging center for many of the spring demonstrations.  Four young black girls—Addie Mae Collins, Cynthia Wesley, Carole Robertson, and Carol Denise McNair—were killed. Martin Luther King Jr. delivered the eulogy at their funeral on September 18, 1963. Nonetheless, Birmingham was considered one of the most successful campaigns of the civil rights era.”

I tell this story today in some detail because we all need to know it; we need to remember that concern for businesses over concern for Black lives is not a new one; we need to see that the issues currently being lifted by our Black, Indigenous, and siblings of color—and the same kind of attacks against them—were present in and long leading up to the events of 1963. I also tell this story because it shows a community, grounded in their faith and trained in the ways of nonviolent protest and resistance, who does what it takes—willingly going to jail, suffering blows, organizing for power, persevering even amidst tragedy after tragedy—to make real change. This is a community who uses their God-given freedom and power for the sake of justice and righteousness. They did not just take the temperature, they changed the thermostat.

This is not work that is separate from our life of faith, it is sacred resistance, it is  part of our call.

Foundry, we’ve taken the temperature, right? We know that there are cold hearts that leave others’ bodies out in the cold as a result. We know that the heat of rage and resentment and hatred is at a boiling point, doing damage in untold ways. We know things are changing for better or for worse. We are called to change the world for the better. As those created in the image of God, given freedom and power through Spirit, and guided by the love and mercy of Jesus Christ, we are called to not just take the temperature but to change the thermostat, to turn up the heat where it’s needed and to bring coolness where there is none, to do what it takes to make real change.

So here’s what you can do:

- do your own work; stay grounded in prayer and study

- explore the ways that you are already supporting economic and racial justice through our Social Justice ministries (perhaps some of you can share in the comments!)

- engage with the Journey to Racial Justice initiative at Foundry

- connect with the BWC We Rise United campaign